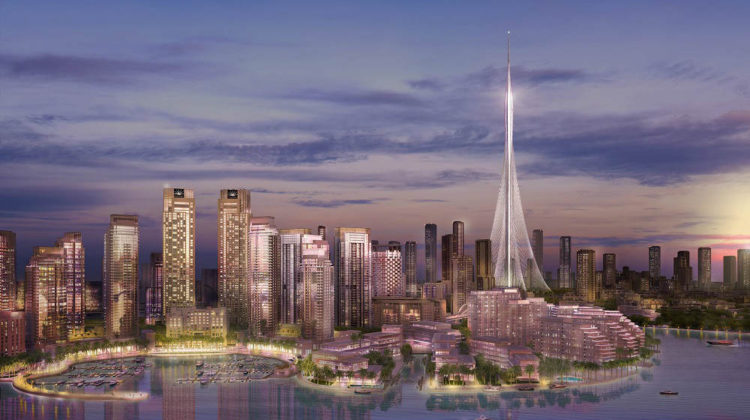 Dubai, who’s already home to the world’s highest skyscraper which is Burj Khalifa, has started building a tower that is even taller. The Tower at Dubai Creek Harbour should be completed in 2020 and will cost $1bn dollars. Its height was not yet announced but Emaar Properties did state it would be “a notch” taller than the Burj Khalifa’s 829.8 metres (2,722 feet). The new tower was designed by Spanish-Swiss architect Santiago Calatrava Vallsand and will include residential units, a rooftop courtyard, a hotel and a “VIP Observation Garden Decks recreating the splendor of the Hanging Gardens of Babylon, one of the Seven Wonders of the Ancient World”. Here’s also a fly-through tour of The Tower at Dubai Creek Harbour: