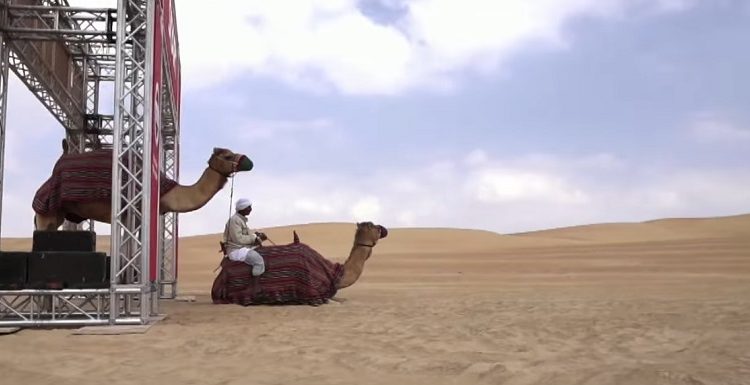 When I first read “Desert Camel-Power”, I thought it was some sort of joke or marketing stunt but then I watched the whole documentary on National Geographic Abu Dhabi and it’s pretty awesome. Basically, Nissan Middle East wants to revolutionize the way we define desert capabilities for SUVs and they’ve come up with a new concept: The “Camel Power” which use a scientifically proven formula to determine, in an accurately measurable and reproducible way, how a given vehicle will perform in typical desert off-road conditions. [Source]

Here’s what Desert Camel Power Unit Engineer Joseph el Hachem had to say about that:

“Basically, we found that it comes down to the interplay between the vehicle’s weight, its velocity and its trajectory. Other factors including manoeuvrability, engine torque and of course the skill of the driver do come into play and cannot be discounted. However, if we standardise a vehicle’s approach speed and trajectory in a given environment we can time how quickly it travels a set distance and subsequently factor in its weight to work out its Desert Camel Power.”

This new measure will eventually be proposed to the GCC standardization organization and at a later stage be submitted to international organizations like ISO to gain full accreditation.

See Also:Tesla Launching in the UAE Next Week
Posted By Najib
Categories BALADI,TECHNOLOGY