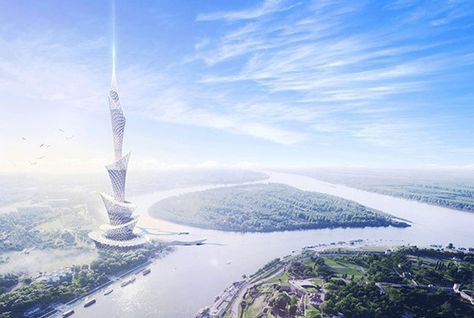 Dubai is already home to the world’s first functional 3D printed office building which was only built in 17 days and it might soon be home to the world’s first 3D printed skyscraper. Dubai-based construction technologies firm, Cazza, has declared that it will be able to 3D print skyscrapers using a new construction technique called “crane printing”.

Cazza‘s CEO Chris Kelsey who’s only 19 years old, confirmed that “Through our technologies, we will be able to build architecturally complex buildings at never-before seen speeds. It is all about economies of scale where the initial high technology costs will reduce as we enter the mass-production phase.”

3D printing is definitely evolving and Dubai wants 25% of its buildings to be 3D printed by 2030, as announced by His Highness Shaikh Mohammad Bin Rashid Al Maktoum at the launch of the Dubai 3D Printing Strategy.