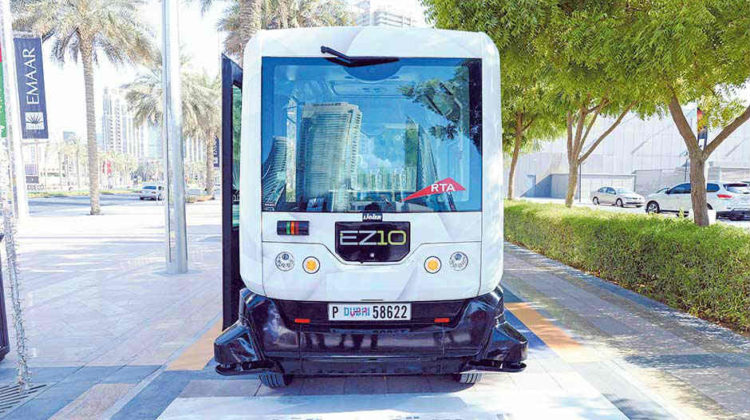 The “Dubai Autonomous Transportation Strategy” was announced earlier this year by His Highness Sheikh Mohammad Bin Rashid Al Maktoum at the MENA Transport Congress and Exhibition. A short video was also released to show people how public transport will look like by 2030 and the target set by Dubai’s ruler was to automate 25% of all transport trips.

The Roads and Transport Authority (RTA) is already carrying out trials on driver-less vehicles that should provide commuters door-to-door connectivity with Dubai Metro and other modes of transport. The early trials were all successful so far and RTA’s director-general confirmed driver-less cars will be on the road soon. In addition to driver-less vehicles, there are plans to convert 50 per cent of Dubai’s taxi fleet into hybrid vehicles by 2020.

Check out this [link] for further information.